9 Ideas How To Make Your Road With Children Interesting

Summer is the best time to go on holidays and holidays mean traveling. No matter where you are going and what means of traveling using your children can be bored on the way for the place of your destination. Instead of giving them a mobile phone or a tablet with a game or a cartoon on it you can play games with them. They are quiet easy and interesting. Here are some ideas.

One person names an animal. Then each person in order has to name another animal (no repeating!) that starts with the last letter of the previous animal named. There are no winners or losers in this game. With older children, try the game with TV shows, or geographical categories such as cities or countries.

One person secretly thinks of either an animal, mineral, or vegetable. The other players then take turns asking yes-or-no questions, such as "Can it fly?" or "Does it grow in the ground?" After the players have asked 20 questions, each player gets a chance to make a guess.

One person hums the tune to a favorite TV show, and everyone else tries to name the show as fast as possible. The first person to guess correctly hums the next song.

The first person says "A is for ---" filling in the blank with any word beginning with the letter A, such as "apple." The second person comes up with a word for the letter B, such as "book," but must also repeat the "A" word: "A is for apple, B is for book." Continue through the alphabet, each person taking several turns and reciting more and more letters and words. By the time you reach the letter Z, that player will recite the whole alphabet and its corresponding words. However, if you're playing with younger kids you may want to choose an earlier letter than "Z" to be the final one.

Children have a task to find some objects. They can be restaurants, such as: McDonalds, BurgerKing etc. or a house with a red/blue/green roof, trees (a birch, an oak etc.) or whatever you like. And players have to spot these things and get some points. And you can impose a time limit, for example 30 minutes.

This game involves the driver nominating the number of letters in the word. Say, "seven." Everyone then has to write down a word with seven letters in it. The players then have to keep a keen eye out on the traffic, checking each number plate that goes by. (Parked cars count, too, if you can read them quickly enough.) Whenever players see a letter from their word, they cross that letter off. The first person to cross all seven letters of their word off wins.

Kids will love exploring a bag filled with fun stuff to keep them amused on the road. Make or buy a fabric bag to hold all your surprises. A drawstring bag is ideal as it will conceal the goodies until the bag is allowed to be opened. Collect things as you see them and add them to the bag so that you have it ready to go when you need it. Suggestions A small picture book A notebook or scribbling block A colouring book A packet of coloured pencils or textas A packet of coloured pipe cleaners Large wooden beads and a piece of plastic thread to thread them onto A simple jigsaw puzzle Finger puppet Magnifying glass New small toy or mirror A small cheap retractable tape measure 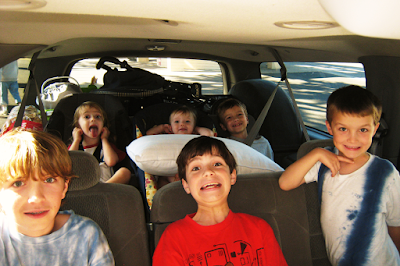 Remember this one? Someone starts the game by choosing an object in the car, up ahead near the road, on a sign, or if you are home - just something in the room. The person only tells the colour, or the first letter, of the object and says: "I spy something with my little eye and the colour of it is red"; or "I spy with my little eye something beginning with R". The other players start guessing objects until the right object is named. Whoever guesses it correctly gets to choose the object for the next round. With younger children, you might want to make it easier by giving hints such as "it's up ahead on the side of the road."

Kids loooooooooove bubbles. Why not getting them a cheap bottle of bubble mixture and let them blow bubbles out the car window! 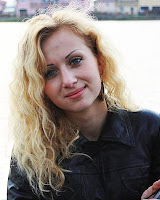